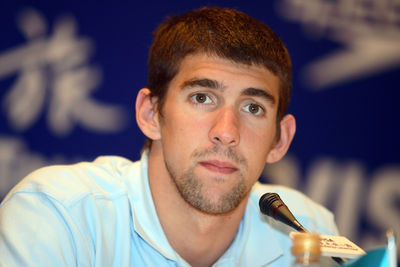 Let me read you this article instead

Celebrities are humans too. Part of the challenge of being famous is that people have less sympathy and empathy for celebrities when facing hardships. They think since popular actors, singers, and athletes are wealthy, they don't face the same problems everyone else does.

Everyone faces some level of anxiety. Overthinking, worry, and stress are part of the human condition. The symptoms of anxiety evolve into anxiety disorder when they prevent someone from feeling and thinking like themselves.

Celebrities face the same human condition, so even though they are professionals in their own right, some face anxiety disorders. These people are high performers. Their stories can help inspire and teach people about how to live despite facing anxiety disorders.

Anxiety disorders affect both men and women. Since these disorders stem from different sources in their lives, no two conditions are the same. Celebrities face a lot of pressure in the public eye, and many have spoken about their struggle to overcome what can seem like an overwhelming mental disorder.

Oprah admitted that she struggled with anxiety in an interview in 2013. With a fast-paced lifestyle as a TV show host, she described her anxiety as numbness that sped through one event to the next, and she would soon become lost in the movement. She realized she had to learn to calm down and center herself to live in the moment.

The comedic night show host Stephen Colbert began having panic attacks when he was in his 20s. His wife would find him pacing around his couch when she came home from work as he was lost in his frantic thoughts. Colbert found that performing was his way to control his anxiety. Applying the surge of energy towards a creative project made him more productive, and he also began taking medication.

Before she was an actress, Kristen Stewart was a little girl who faced frequent panic attacks. Today, she admits that she can keep a tighter hold on the anxiety, so it doesn't spiral out of control. The solution is a healthy optimism that her life is good and everything will turn out alright.

As a multi-Grammy Award winning singer, Adele performs for some of the world's largest audiences. One might not expect this, but she often tells people she is a homebody and a private person. Touring gives her performance anxiety, and it sometimes leads to panic attacks.

Kristen Bell is a strong advocate for seeking help through therapy and medication when it comes to anxiety. She has been vocal about taking medication for depression and anxiety ever since she was a child. Today, Kirsten speaks about her conditions without shame and invites everyone to take care of their mental health.

As a young pop star, Ellie Goulding covered her face with a pillow when she had anxiety attacks so the public wouldn't see her. Goulding says the root of her anxiety comes from a lack of belief in herself. She gets worried that she is not as good of a singer as people think she is and that she's a letdown.

Emma Stone described her anxiety as a child as a tightening in her chest. These were intense panic attacks that she dealt with often, and today, she continues to deal with anxiety. She says that there are times when the intensity of the anxiety rises still, like when she was a child.

The journalist Dan Harris had a panic attack on live television in 2004. Today, he is an advocate for meditation, which he says is his most effective tool to help him deal with his anxiety.

Known for his portrayal of Captain America, Chris Evans has expressed that he deals with social anxiety. He invites those with a similar struggle to learn to quiet down the mind. According to him, thoughts are not who we are. They are just products of the mind, so one does not have to ponder and accept them all the time.

Over an illustrious athletic career, Michael Phelps faced both anxiety and depression. In his books and public appearances, Phelps says that affirmations or mantras are great ways to clarify thinking.

Reynolds admits he has always struggled with anxiety. He believes the roots of his anxiety come from his upbringing with his father. He described himself as a nervous and twitchy kid when he was a child.

In his book "Turtles All The Way Down", Greene shares that the protagonist faces the same anxiety that he faces in real life. The downward spiraling thoughts come from his personal experiences. Greene says that the difficulties of mental health come from the lack of terms to describe mental conditions.

Learning From Celebrities with Anxiety

People can take these famous people's experiences to teach them several things about dealing with anxiety disorders.

Many of these famous people advocate for appropriately taking prescribed medication if someone needs it. These medications have helped people deal with anxiety. Also, meditation has proven to be a scientifically proven method to reduce anxiety and stress for people.

These high performers continue to have careers despite their anxiety. They face a similar struggle as other people but continue to live their lives. This means people with high stress can live well despite it if they are willing to get help and take care of the mental health.

These celebrities invite reflection, self-awareness, and introspection into their lives. Some report that their anxiety reduced when they took time to get to know their true feelings and seek help.

Journaling is a proven method for getting to know one's thoughts and feelings. Whether it is a physical diary, free online diary, or free online journal—getting in touch with these thoughts is the first step to learning how to respond to them. Journaling promotes relaxation and reduces stress.

In-person or online therapy are also proven methods to helping people reduce anxiety. Therapists can help people sort out their stress and are a proven way to help people manage mental disorders.