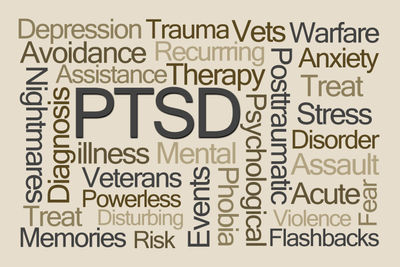 Post Traumatic Stress Disorder (PTSD) is a severe and challenging mental illness. You can't be born with PTSD. However, specific life experiences may lead you to incorporate trauma. This trauma, backed by unresolved issues, brings about the symptoms and signs of PTSD. According to an article by the National Center for Biotechnology Information (NCBI), one billion adults were among the 1.45 billion people who lived through a conflict between 1989 and 2015 and were still alive in 2015. We estimate that 354 million adult war veterans have PTSD based on our meta-analysis. Approximately 117 million of these people have PTSD.

The PTSD diagnosis, albeit contentious when first introduced, has filled a significant vacuum in psychiatric theory and practice. From a historical standpoint, the PTSD notion was noteworthy. It stipulated that the causal agent was external to the individual (i.e., a traumatic experience) rather than an inherent human weakness (i.e., something wrong with the brain). The concept of "trauma" is crucial to comprehending the scientific underpinnings and clinical manifestations of PTSD.

Trauma is an emotional reaction to a traumatic incident such as a car accident, rape, or natural disaster. Shock and denial are typical reactions right after an event. Long-term effects are unpredictable emotions, flashbacks, strained relationships, and even physical symptoms like headaches or nausea.

A traumatic incident was defined as a life-altering stressor that occurred outside the typical human experience spectrum. War, torture, rape, the Nazi Holocaust, the atomic bombings of Hiroshima and Nagasaki, natural catastrophes (such as earthquakes, storms, and volcano eruptions), and human-made disasters (such as factory explosions, airplane crashes, bombings) were all included in the original PTSD diagnosis. They distinguished traumatic experiences from the highly unpleasant stressors that characterize life's typical vicissitudes, such as divorce, failure, rejection, significant sickness, financial setbacks, and so on.

How Does Trauma Lead to PTSD?

Post-traumatic stress disorder (PTSD) can occur due to a traumatic event that was highly stressful, frightening, or unpleasant or as a result of a sustained traumatic experience. PTSD is the outcome of an inherent mechanism designed to aid in the survival of future traumatic events.

Flashbacks, for example, may push you to think about the event in detail, so you're better prepared if it happens again. The sensation of being "on edge" (hyperarousal) may develop to assist you in reacting rapidly in the event of another catastrophe.

However, while these reactions are meant to help you survive, they are ultimately incredibly ineffective because you cannot comprehend and move on from the traumatic experience.

Unwanted, coercive, or even aggressive sexual contact or activity is referred to as "sexual assault." Rape, attempted rape, and any unwelcome sexual touching is all examples of sexual assault.

A person who has been sexually attacked is likely to be in a lot of pain just after the assault. Being assaulted can leave you feeling terrified, furious, guilty, nervous, and depressed. Some people may be embarrassed or humiliated because of the stigma connected with sexual assault.

In addition, survivors of sexual assault are more likely to acquire symptoms of PTSD.  They may believe they are always in danger or must be vigilant at all times, and they may distrust others.

After sexual trauma, it can be difficult to enjoy sexual contact. Someone who has been sexually assaulted may have decreased sexual desire and engage in less sexual behavior. With sexual contact, some survivors suffer pain, fear, or anxiety. Shame and shame associated with the experience might also obstruct their desire for and enjoyment of sex.

Researchers have linked Post-traumatic stress disorder (PTSD) and domestic violence. 1 Intimate relationship abuse occurs more frequently than you may assume. It can help establish how widespread domestic violence is in the population to grasp the possible risk better (both with and without PTSD).

A link has been discovered between the experience of specific traumatic experiences and relationship violence, which is separate from PTSD. Studies have indicated that women who were sexually, emotionally, or physically abused as children were more likely to experience violence in intimate relationships than women who had never been used. People with PTSD are also more prone to be aggressive and engage in intimate relationship violence than those who do not have the disorder. For both men and women with PTSD, a link between the disease and violence has been discovered.

Regardless of these findings, it's crucial to remember that just because someone has been through a terrible event or has PTSD doesn't mean they'll act violently. Many factors have a role in violent behavior, and additional research is needed to pinpoint the particular risk factors for aggressive conduct in people who have been exposed to traumatic experiences or who have PTSD.

In the general population, motor vehicle accidents (MVAs) are the primary cause of post-traumatic stress disorder (PTSD).

In some ways, studies of MVA survivors depict a similar picture. Surprisingly, studies have shown little evidence of the impact of specific accident factors (such as the severity of the accident or whether the driver or passengers were hurt) on the development of PTSD. Instead, there is more extraordinary evidence for the impact of how a person perceives the accident and then reacts to it.

A strong belief that your life was in danger during a car accident might lead to avoidance behaviors (such as not getting in a car or driving on the highway), which can raise your chances of developing PTSD.

Such avoidance reinforces the perception that driving is risky, a mental pattern that might keep your fear response alive. Avoiding thoughts and feelings might make it challenging to process them correctly, raising your chance of developing PTSD.

Following an automobile accident, it is common to experience a flood of feelings such as shock, remorse, grief, helplessness, disorientation, and dread. On the other hand, these feelings do not go away with PTSD and can even worsen over time.

Secondary PTSD is the traumatic stress that can come from indirect exposure to tragic or life-threatening national events. It is also known as vicarious trauma, secondhand trauma, and PTSD by proxy. Even persons who have never been exposed to trauma may develop PTSD symptoms due to hearing about or seeing photos of it.

People of all ages across the country are genuinely disturbed by stories like this. Violent incidents erode our sense of personal safety and security, making youth feel helpless and discouraged in particular.

Individuals who are indirectly exposed to trauma are affected by secondary trauma. Loved ones, the people they serve, or media images and tales are all possible sources of exposure. Consider the following cases.

Loss of Loved Ones

We know that after the death of a loved one, survivors frequently experience depression or anxiety. We don't usually think of people who have PTSD, yet it can happen, particularly after a tragic death. According to research published by the American Psychological Association, symptoms of PTSD can predict complicated grief—a sense of persistent sadness and an inability to cope—years after a trauma that resulted in the loss of a close friend or loved one or even a baby during childbirth.

Grief is a natural reaction to losing a loved one, but devastating losses can have long-term consequences for survivors. The majority of persons who have experienced loss find that their feelings of sadness and bereavement fade over time. The majority of the time, people gradually recover from the shock and grief of death. However, for those who have PTSD, the symptoms significantly impact their daily lives and last for at least a month.

Recovering from trauma and PTSD is not something you should try to do alone. There are trained professionals to help and support you as you learn to manage the physical, mental, and behavioral effects of surviving your trauma. Remember, what happened is not your fault, and you did nothing to cause this to happen. Make sure to seek out and accept help so you can heal and move on with your life. 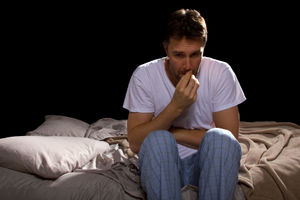 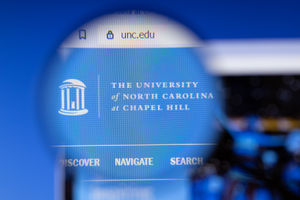 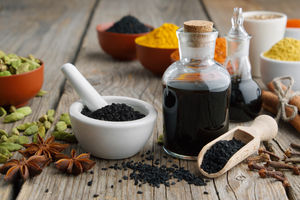