Can You Overdose on Xanax? 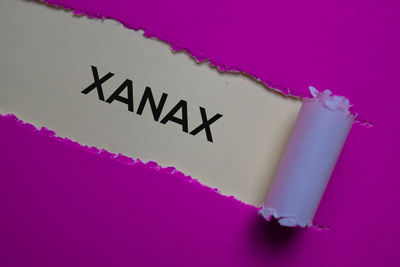 Whether it's from a 2000's movie about a millionaire or on the Instagram of a famous rapper, you've undoubtedly seen the glamour and glorification of one of the most common drugs mentioned in pop culture, Xanax. What started as casually "popping a Xany" has ended up as one of the most severe drug dependency issues in the modern world. Alprazolam (sold under the name Xanax) is found in the class of drugs called benzodiazepines, which are known for their tranquilizing effects on the brain. It works by attaching itself to the receptor, GABA (Gamma Amino-butyric Acid), which blocks impulses between nerve cells in the brain, thus making it less sensitive to outside stimuli. It has a definitive sedating effect that relieves anxiety and improves one's mood. People who use Xanax recreationally have described it to have calming sensation, as opposed to drugs that give you a feeling of euphoria like ecstasy. Loss of time and memory spanning several hours has been described by man, depending on the dosage. One Reddit user described it as feeling like "the butter you put on toast."

The main target demographic for a Xanax prescription is people with anxiety, panic disorders, seizures, and those that suffer from chronic pain. Extreme cases may also include agoraphobia, which covers a diverse category of fears all boiling down to the need to escape any space. According to the US Department of Health and Human Services, there are five types of anxiety disorders mainly:

Only a qualified medical specialist can correctly diagnose anxiety and prescribe Xanax, although this did not stop it from becoming one of the US's most widely used recreational drugs. With the advent of the gust of change blowing in world politics, economics, and the climate since the past few years, it has had a severe effect on Millenials and the very well known for its activist spirit - Generation Z. Recent studies and surveys have shown an increase in stress amongst members of these younger generations, not to mention a rise in self-medication. Worries and anxieties have come to be in a sort of sinister fashion, where no one is exempt from news of everyday war, sickness, and poverty. It's safe to say, many people around might be popping a pill or two every day. For most of us habitual worriers, Xanax is a saving grace to our nerves.

How Does it Help?

The effect of Xanax varies from one person to the next and depends heavily on the dosage, but it is still safe to say that Xanax has helped a lot of people with severe anxiety and stress disorders. Usually, during situations that bring about anxiety, our brain responds with fear of uncertainty. It will excrete hormones into the nervous system that will provide a sense of calm to the person. However, for someone suffering from any type of anxiety or paranoia, that sense of calm may never come. This buildup affects the brain negatively and leads to finding these everyday situations overwhelming. Studies have shown that being a little stressed and anxious from time to time can help us perform better, but for the unfortunate, it may give rise to all sorts of inhibitions.

So, for those that really need it, it has worked wonders. Long-time users describe it as being a warm blanket shielding them from cold, dark thoughts. For those debilitating with PTSD, they're a relief. It provides users with a sense of control over their emotions and actions and may destroy inhibitions that keep them from having pleasant social encounters. Other accounts provide that it enables you to be relaxed and carefree (mind you, that's a relative term) to be more productive at work or home. Considering all that, it is still one of the most addictive drugs to ever be prescribed, and hence, the recommended use is limited to no more than a few months.

Short-Term Side Effects - What Will Happen

Like with all inorganic medication, you will feel its side effect; that's just the cost of getting better, as they say. Xanax does not have a high half-life (11 hours till half of the taken dosage leaves your system) as compared to, let's say, Klonopin, another type of benzodiazepine, but it surely packs a punch. Short-term side effects include: feeling drowsy, tired, blurred vision and slurred speech, poor balance, and trouble concentrating. A lot of users also exhibit loss of memory. It is highly recommended to stay away from opioids or alcohol while you're taking benzodiazepines for fear of possible overdose. If taken in a greater dose than you are used to, it will lead to being knocked unconscious for several hours or even result in a blackout.

Long-Term Side Effects - What Could Happen

Addiction does not start with intention; it is only the result of misuse and misplacement of emotions. One of the most significant and deadliest long-term side effects of using Xanax is becoming addicted. For long-term users, it acts as a crutch for regulating emotions and keeping anxiety at bay. Instead of working out through problems during the initial phase of treatment, patients will frequently leave it all up to this wonder drug. This will result in the benzodiazepine controlling all aspects of a person's life, such as emotional response, mind-to-body coordination, and even memory. Another side-effect is high tolerance. The greater the tolerance, the higher dosage will be required for the drug to take effect. Abuse can also cause loss of appetite and weakness. Psychologically, it tears away at a person's inhibitions and rationale, leaving them more prone to fights, impulsive actions, and violent outbursts in extreme cases.

For decades, drugs have accompanied the creation and fruition of art, music, and even books. If you're making art or appreciating it, drugs have an extreme impact on your subjective experience. It can influence and exacerbate your feelings enhancing each emotion. For Xanax, the popularization in pop culture can be owed to many fresh, young rappers that do it recreationally. Even Drake raps about taking "Half a Xan" on one of his song collaborations. Low-fi, chill RnB and rap music that has swept the online streaming website Soundcloud dubs it as "Xan rap." Many famous personalities like actors and singers have died by overdosing on prescription drugs such as benzos in the past decade. However, many celebrities have come forward to fight this epidemic in recent years, announcing their abstinence publicly.

Be aware, it is extremely easy to overdose on benzodiazepines, especially when abused and mixed with other opioids or alcohol. For Xanax to leave your body, a pathway needs to be created in your system. Opioids or alcohol may block that pathway, leading to an overdose of the drug in the body. If you are using it recreationally, knowing everything that can go awry to keep you safe is helpful.

If you're suffering from panic attacks or an anxiety disorder, then seeking out professional help is the best thing you can do. The alternative we are offering is not for proper medication, but one to use a journal to keep track of all your anxieties and fears as you encounter them, instead of letting them pass you by. Anxiety symptoms are psychological just as much as they are physical, so they need to be treated. Journaling for an hour or two every day can enable you to find clarity about all the things that give you anxiety in the first place. If you're new to putting pen to paper, you can start with small entries every week and eventually become more frequent with writing down your thoughts.

If you're taking Xanax every day as part of a prescribed routine, set a fixed time to sit and write, preferably after the effect has worn off a little, and you can concentrate better on how you're feeling. Do it at your peak, so to say. You can write about your day or anything new that you experienced or felt. You can also put down affirmations to remember each day. A few key things you need to remember that are important:

All drugs have their own grey clouds that they can cast on you, even if you're just experimenting with them. The important thing is to be safe and make sure you understand what you're doing. Good luck on your brave journey to healing. 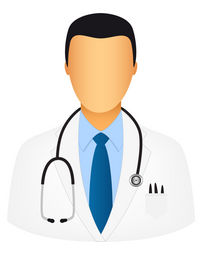 Dr. Kapil Singh is an editorial contributor of JournalOwl.&nbsp;Dr. Singh received his basic medical education and training from Khyber Medical College in Peshawar Pakistan. He is currently working as an on-call doctor in a government hospital and pursuing the US medical license pathway -- The USMLE -- with a &nbsp;plan to complete his training in Psychiatry and Neurology. He's committed to using his abilities as a writer for advocating better mental health practices, negating pseudoscience, and helping people get accurate medical information -- all with a bit of humor.