How Do I Know If I’m An Empath? 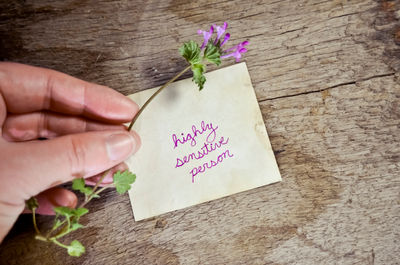 What is an Empath?

Signs You Are an Empath

Crowds Can be Overwhelming

People Tell You Their Secrets

You Can't Lie or Hide Emotions

The News Can be Overwhelming

You Feel Anxious for No Reason

You're an Excellent Judge of Character

What to Watch Out for As An Empath

Magnet for Narcissists and Manipulators

Empathy is a double-edged sword.

The ability to understand another person’s thoughts and feel their feelings makes for an extraordinarily loving friend, family member, coworker, boss, or partner. One of the most basic human desires is the wish to be understood by others. So when we come across true empaths, we rejoice! Finally—someone who sees who we are, what we’re going through, and feels it on a deep level. We feel seen and loved.

But being an empath isn’t always so easy.

Being a true empath means feeling other people’s emotions and sharing their thoughts, whether you want to or not. When an empath is around someone sad, they become sad. If they watch someone fly into a rage, they get angry too. When a person in an empath’s orbit is in devastating pain, they feel the pain for themselves.

There is a bright side—sharing joy, laughter, smiles, excitement, and bliss is easy for empaths.

But sharing pain that is not your own can become exhausting to the point of debilitation. And there’s another dark side—some people take advantage of the good nature of empaths and use it against them in manipulative and toxic ways that can cause real trauma.

If you’re wondering—“Am I an empath?”—keep reading to find out the definition of empath, signs you are an empath, and how to protect yourself if you’re an empath.

What Is An Empath?

The easiest way to describe an empath is as an “emotional sponge.” This means that an empath literally soaks in the emotions of the people around them.

When you look up “definition of an empath” online, you may notice something strange—a definition that refers to science-fiction, and that describes an empath as someone with a paranormal ability to fathom the emotions and thoughts of others. As a matter of fact, one of Superwoman’s superpowers is her empathy!

But we know that empathy is not just for fighting supernatural evil in the galaxy, it’s also a fact of life for empaths, and can be linked to biological, scientific fact—namely, mirror neurons.

Signs You Are An Empath

By now you’re probably wondering—am I an empath? Most human beings have at least some empathy. That’s how our species has evolved to be able to communicate with each other effectively. But there are some signs that you can recognize in yourself of others to determine if you are a true empath. It’s important to identify yourself so you are better able to cope with whatever life throws your way. So without further ado, here are some traits that are characteristic of being an empath:

What To Watch Out For As An Empath

Do those signs resonate with you? Then odds are, you are an empath. Like we said at the beginning, being an empath can be a double-edged sword. Here are some things that empaths need to beware, in order to keep themselves happy and healthy.

We’ve already established how and why empaths make amazing friends, family members, and partners, by sharing a true understanding with someone. While this is instinctive and automatic for empaths, that doesn’t mean it’s not exhausting! Some people will take advantage of empathy by exorcising their demons and dumping their emotions on an empath, without reciprocal care, and empaths are often too selfless to notice, or conflict-avoidant to remedy the situation.

All good relationships require reciprocal understanding. That doesn’t mean that empaths can only be in relationships with other empaths. Rather, it means that empaths need to beware of relationships where the other person is taking energy and emotions without trying to give any in return. If you are worried that this is happening to you, try writing about it. Write the person’s name, and write down what each of you bring to your relationship. Take your time—no rush to judgment in a journal—and be honest! When it feels complete, take stock: is the other person providing you the emotional support that you’re providing them? If not, consider resetting your boundaries with that person by limiting your interactions or being more demanding about your needs. It’s hard work, but it’s well worth it to protect yourself from getting burned out on the relationship altogether.

It’s hard to reject someone or something when you will feel the emotional repercussions of that rejection yourself. For that reason, many empaths have trouble saying “no” to people, which leads to finding themselves in all sorts of relationships and situations that they would rather not be in, which leads to feeling anxious, resentful, and angry of the person they were unable to say no to.

Once again, as hard as it can be, every empath needs to practice setting boundaries. And this really doesn’t come naturally to the empathic person who wants to make everyone around them happy, so that they themselves can be happy. So start small! When someone asks you to do something that you don’t want to do, try asking them if you can give them an answer later. When you are able to, spend some time writing about the request, and why you don’t want to do it. Sometimes it’s a lot easier for an empath to express themselves via writing, because they don’t have the anxiety of a face-to-face emotional impact of rejection. Plus, seeing it in black and white can help you see how reasonable you are to deny a request, and how saying no will not be the end of the world. When you’re ready, get back to the person who made the request, and tell them no. With practice, it will become much easier, I promise!

Unfortunately, empaths are a target for abusive, narcissistic, and manipulative people for the above reasons. A person who lacks empathy finds an empath extremely attractive, because they will have no problem treating the empath as an emotional dumping ground and manipulating them into doing things they don’t want to do. Sometimes, these people are referred to as “psychic vampires,” because they drain an empath of their abundance of emotions and energy, before moving on to a new victim without a second glance backward.

These most dangerous types of people are exactly why it’s so important for empaths to practice setting boundaries early and often! Sharpen your intuitive skills by keeping track of how you feel about people. If your first impression of someone is that they are “off” in some way you can’t exactly articulate, write it down! Narcissists and sociopaths are notoriously good at charming people and changing their minds, so it will be helpful to have something to look back to, a kind of “temperature check” on the people you allow in your life. If someone mistreats you or crosses a boundary, think long and hard about whether you want that to happen to you again, and once again, write it down. A charming sociopath is an expert at making you feel that everything is your fault, and as an empath, it is all too easy for you to inhabit that narrative if you don’t have your own back.

True empathy can be the greatest gift a person could possess. Empaths are well-known to be creative, loving, extraordinary people. Yes, as an empath, you will have to learn to protect yourself and your precious energy. But by treating yourself with the love and care you lavish on the world around you, your life will remain bright and beautiful!

What is an Empath?

Signs You Are an Empath

Crowds Can be Overwhelming

People Tell You Their Secrets

You Can't Lie or Hide Emotions

The News Can be Overwhelming

You Feel Anxious for No Reason

You're an Excellent Judge of Character

What to Watch Out for As An Empath

Magnet for Narcissists and Manipulators