How Pornography and Depression are Linked What is the relationship?

When it becomes a problem

Where to get help

All the lights are off in the house except the soft glow of an internet browser, highlighting the user's face. It is a comforting glow to some as they watch pornographic content to escape the hardships of life. This enticing light and content create a deeper wound than one would expect if you have an addiction.

Depression is not caused by one aspect of life. Depression can come from genetics or events. It can increase heavily by factors such as pornographic content, mainly if the individual is religious. Some speculate that there is a level of shame and guilt from viewing adult content.

With this magnitude of pornography at a quick type away, it can become very alluring to someone who is lonely and there is an appeal in being anonymous by creating a mask for the individual with depression. In an earlier 2011 article by Akin and Iskender, they discovered an internet addiction directly connects with depression. With the deep stigma regarding pornographic viewing, participants may have identified a more encompassing identifier such as internet addiction versus a pornographic addiction.

Endorphins are not the only chemical that is released with an orgasm. There is a flood of chemicals that create a euphoric experience; such as the release of serotonin (the happy chemical which is what depression is craving), oxytocin (cuddle hormone that helps bond people) and prolactin. The pituitary gland creates prolactin, and when you release too much, you decrease estrogen and testosterone levels. This is one of the reasons why people’s sexual satisfaction decreases as they are releasing these chemicals when they are by themselves.

With addictions, you are never alone in stopping and getting your life back. There are multiple resources to assist in stopping your addiction. We would recommend a variety of the resources provided to receive a higher level of success:

While depression and pornography aren't directly linked, we believe that pornography results in higher levels of depression or become a catalyst for depression in individuals. As stated before, all things in moderations are fine to enjoy, but when you realize a large proportion of your time is being utilized by watching adult content, it may be time to reach out for help.

Life is more than viewing it through a screen. Practice intimacy and vulnerability with friends, family, and lovers to begin to get your life on track for this change. It is essential to be kind to yourself, and addiction was one of the ways you processed hurt or an aspect of yourself you have yet to love. 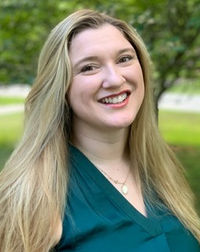 Emily Ruiz is a contributor of JournalOwl with a passion for spreading mental health awareness. She believes that mental health topics are instrumental in creating change. She enjoys writing about PTSD, anxiety, depression, and other arrays of topics by adding an emotional feel to her writing.

Before joining the JournalOwl team, Emily received her Masters in Communication with a focus in healthcare advocacy at East Carolina University in North Carolina. She has assisted organizations teaching social skills to children who are autistic and ADHD and teaching mindfulness to teenagers with BPD and who are high-risk self-harm and suicide. Emily created a training module for a non-profit equestrian therapy, Difference instead of Disability, for her independent study during her master’s program.

Emily and her husband are North Carolina natives who enjoy traveling, exploring, and general shenanigans with one another. They foster and rescue animals in their free time. She enjoys riding horses, theatre, and reading.

What is the relationship?

When it becomes a problem

Where to get help