Joe Rogan says 'Write it Out' - Here's Why 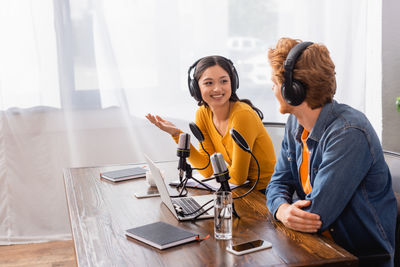 If you're a human male living in America for the past 20 years, then you're already familiar with The Joe Rogan Experience. Not just the name of his podcast, but it has now become the title you give to his influence over social media right now - Joe Rogan is famed for many things. Joseph James Rogan, born on August 11, 1967, is a podcast host, UFC color commentator, comedian, actor, and former television host from the United States.

For a couple of years, the Joe Rogan Experience was iTunes' No. 2 most-downloaded podcast. Strange Times, Rogan's second Netflix comedy special, was released a few years ago. His interview with Elon Musk has been viewed over 24 million times on YouTube, and his YouTube channel, PowerfulJRE, has a following of 6 million people. A poorly regarded episode will typically earn approximately 1 million views. So many individuals in the entertainment industry are currently attempting, and failing, to gain the attention of the American man, but failing. However, Joe Rogan has managed to amass a fanbase the size of Florida.

One of Rogan's famous taglines to describe his writing process is to "Write it out." Write it down, write whatever you feel like, WRITE! That's what he says when he's giving one of his many motivational speeches either on his podcast or in his interviews. So why is this more than a middle-aged man who gets his kicks for his controversial and prominent views telling me how to live my life? This is something I asked myself as well. The answer is simple: It just makes sense. And, it works!

What Does The Joe Rogan Experience Entail?

Before we dive into Rogan's personal life and career that led him to now be a motivational speaker, let's find out a little about him. He once said about his career:

"I didn't have a direction until I became a stand-up comedian. I was pretty nervous about my future. I couldn't imagine myself working a 9-to-5 job."

Often known for his collection of motivational and inspiring quotes, Rogan is not here to play, and certainly not in it for the fame. At least, that's the opinion many of his followers have. Rogan's entire take on life and pursuit of happiness is pretty much encompassed around the struggle. According to him, the struggle is imperative. It's what is going to push you into being a better human being. You won't get very far without it. And he's right. He can be quoted as saying:

In actuality, it's because Joe Rogan is a never-say-die optimist, a guy who grabs life by the throat and bites it out of its esophagus, and many, many guys respond to that. That is something to which I respond: competitive zeal, a desire to succeed, a yearning for meaning, and self-respect. Every day, strive to improve. Take control of your domain—human optimization in its entirety. A foggy and unattainable aim that keeps you trying until you understand, with enviable Zen clarity, that testing is the whole point. Create your positive feedback if the rest of the world isn't offering it to you. It's a complex message for a very wealthy man like Joe Rogan to sell, but he succeeds because he never ceases to appear doggedly normal. He sells his humble background and his life story of struggle.

Write It Out, What Rogan Says:

Inan interview with stand-up comedienne Nikki Glaser, Rogan talks about his writing process. He empathizes the importance of writing things down, whether goals, a to-do list, or even a speech or stand-up routine. As one of his three rules to living a successful life, he says to write everything down. On a Moonshots podcast, Rogan was asked about the best piece of advice he's ever received, and he said:

"I think a lot of people say, Oh, I want to sorta, they're kind of dabbling in the idea of improving themselves, and the real way to do it is you've got, gotta write down what the f**k you want and then go after it.

Cause otherwise, you live in sort of a wishy-washy world. You know, if you decide I'm going to get down to bang, I'm going to do this. I'm going to run a marathon in less than five hours. I'm going to, you know, where the f**k it is. You got to write that s**t down and go for it. What I tell people is the best advice I've ever heard."

You must see yourself as the protagonist in your film, and then you must sit down and write everything down, as well as what you must do. You start to wonder if you could have had this or if you should have had that. And why is it that this individual can do so? And why does that guy get this and everything else that is entirely unrelated to you, everything that you find other people's successes to be a downfall in your existence, instead of feeling inspired, instead of choosing to be positive, instead of constantly improving on the path of trying to achieve whatever you have marked down as your goal written?

This isn't just one man's opinion. This is a fundamental factor in determining a person's productivity.

What Happens When You Write Down Your Goals?

Taking the time to note down your goals clarifies what you want to achieve each day and helps you stay motivated and on the right track. When your goals are crystal clear, you become emotionally invested in achieving them. Writing down all your goals helps you to visualize the future you want and clarify how it will feel to attain them.

When you write out your goals, you have a clear picture of where you want to spend your time and energy each day, which increases your confidence, inspiration, and excitement.

How Does Motivation Kick In?

Writing down your objectives aids in the creation of a mental image of where you wish to be in the future. You can see the goal and the effect it will have on your life on a visual level. When you perceive something you want to do, it causes a shift in your behavior because you now have clarity and direction.

If you can see how achieving your goal would change your life, you are more inclined to be productive and creative.

Goal-setters, according to studies, attain their objectives. People who write down goals generally are more likely to succeed in achieving their dreams. There is a connection between the brain and the hand that is activated. Writing down your goals cements them in your mind, and once they're there, they're there to stay.

Writing down your goals and tracking your accomplishments regularly will help you keep on track and inspired. You won't get anywhere if you only jot down your goals and don't take action. What is the explanation for this? You didn't take action since the plans weren't fascinating or inspiring enough. The achievement of the plan was not done on purpose. You didn't care enough about achieving the goal. Setting intriguing goals and then taking action is key for staying motivated.

Keeping a journal you write in daily is the best way to ensure that you're writing down your goals and keeping track of the things you need to do to achieve them. If you're new to journaling, the prospect of typing out your thoughts and feelings can be daunting. What should you do first? The benefit of journaling is that there is no right or wrong way to go about it. You don't have to show it to anyone unless you want them to, so don't be shy.

It would be best if you devoted some time every day allotted to writing. Allow the words to flow as freely as possible without thinking about spelling or grammar errors. If you're stuck for words, go back over what you've already written and develop new ways to express yourself. The goal is to journal for the entire 15-20 minutes.

It's going to be even easier if you use an online journaling platform like JournalOwl. It's quick, easy, and you can pretty much write down your thoughts from anywhere.