Lessons from Diary of a Young Girl by Anne Frank 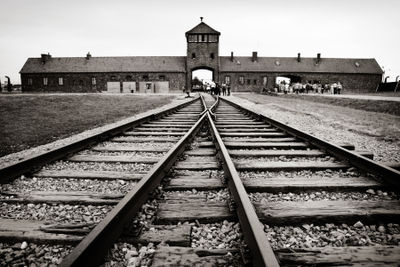 There's an interesting but infamous notion that the winners write history. We can assume that this notion is veritable. However, it seldom works that way. Growing up, we are told that there is a singular truth. That doesn't hold up when we are dealing with shared human experiences. There will undoubtedly be two sides to the same story, two truths, and two versions of the same event, usually at opposite ends of the spectrum. So, how can we successfully judge which side of history we are supposed to be on? We try to understand both sides and make our judgment, free from bias and prejudice, which are pre-conceived notions of how things should be.

Such an event that changed the course of life for generations and generations of human beings was Nazi rule led by a former failed Austrian art student (as he is known to the trolls of the internet), Adolf Hitler. Between 1933 and 1945, Nazi Germany was the German state, formally known as the German Reich from 1933 to 1943 and the Greater German Reich from 1943 to 1945, when Adolf Hitler and the Nazi Party dominated the country and turned it into a dictatorship. If you went to a good school, you probably learned about the Holocaust in history class.

The Nazis slaughtered nearly six million European Jews during World War II. The word 'holocaust' means 'burnt sacrifice' in ancient Greek. The term was sometimes used before the Second World War to signify the death of many individuals. Still, it has become nearly synonymous with the massacre of European Jews during WWII since 1945. That is why the name "Holocaust" is used. The name 'Shoah,' which means 'catastrophe' in Hebrew, is also used by Jews to describe it.

The Nazis made life increasingly dangerous for Jews in Germany. Discrimination, exclusion, robbery, and violence were all perpetrated against Jews. Nazi Germany's allies were frequently guilty of murdering Jews or deporting them to Germany. In some situations, they gave in to German pressure but did not deport their countrymen in others.

In the course of these years, the world got to know the power the Nazi empire was trying to put out shamelessly. However, to some extent, they started getting accounts of Holocausts survivors and people who were in danger during the Nazi reign. We got to see the other side of the story through these accounts, which would have been buried forever if it were up to the fascist regime.

One such account is now known all over the world. Through the efforts of a brave young girl and a father that loved his daughter very much, we have a first-hand account of the atrocities committed by the Nazis.

A thirteen-year-old Jewish girl and her family abandoned their house in Amsterdam and went into hiding in 1942 when the Nazis occupied Holland. The Franks and another family were cloistered in the "Secret Annexe" of an old office building for the next two years until their location was revealed to the authorities of the time. They suffered starvation, boredom, the daily cruelties of living in tight quarters, and the ever-present prospect of discovery and death because they were cut off from the outside world. Throughout this time, Anne Frank kept a journal, recording vivid recollections of her events. Her storey is a fascinating meditation on human courage and frailty, as well as a riveting self-portrait of a sensitive and vibrant young woman whose promise was sadly cut short.

The Life of Anne Frank

Anne wrote diligently in the diary, which she learned to regard as a friend, for the following two years, writing many of the entries to "Dear Kitty." Anne chronicled daily life in the annexe in her journal and later notebooks. The cramped quarters and limited supplies caused a slew of disagreements among the residents, and Anne found the situation oppressive. The constant worry that they will be discovered added to the stress. However, many of the entries deal with typical adolescent themes such as envy toward her sister, anger with others, particularly her mother, and growing sexual awareness.

Only Otto Frank, Anne's father, one of the eight persons in the hidden annexe, survived the war. Gies provided him with documents she had kept from the annexe when he returned to Amsterdam. Anne's diary was among the files, albeit several of the notebooks were missing, most notably 1943. Otto began combing through Anne's manuscripts to fulfil Anne's ambition of publishing. The "A" version was the initial red-and-white checkered journal, while the "B" version was her amended entries written on loose pieces of paper. Otto eventually assembled the "C" version of her diary, which removed around 30% of her entries. Much of the text that was left out was sexual or discussed Anne's relationship with her mother.

Anne Frank, The Writer and Inspirer

There are many things that Anne left to us through her words. Many of them can be summarized as:

Despite their poor living conditions, Anne recognized that her family was in a better position than many others.

Anne's detailed journal provided us with insight into the lives of Jews in hiding.

Anne was open about her emotions and told it like it was.

Anne's situation was disheartening, but with the spirit of a young girl, she found good moments residing among the bad and made that her focus.

After learning that a letter she wrote to her father was harmful to him, Anne focused on where she needed to improve.

Importance of Documenting Your Life

This is one lesson Anne Frank left us with that we believe is the most important. You are one of a kind. It's a one-time phenomenon, the way you see the world, the things that happen to you, and your story. You will never, ever be replaced. This alone is a compelling argument for keeping a journal of your life. But I understand; it sounds corny, and it's easy to say but difficult to put into practice.

We don't leave room for anything new if we keep too much in our heads. When you document your life and tales, you make room for new ideas, plans, and recollections. You'll notice that you're able to notice special moments with greater clarity, and it's this observation that makes them unique.

We can tell the truth with the use of stories. Like the way, Anne spoke her truth and her side of history, parallel to many other lives. When we reflect on events and experiences, we can express how they made us feel and what we learned. We can say something like "this was difficult" or "this was the best day of my life (so far)." We can be honest because of stories. You are not obligated to share or show your recollections to anyone. You must, however, tell the truth. Don't try to hide or tone down your personality. In all forms of the term, tell the truth. You'll find freedom by revealing your truth.

When you start telling tales about your life, you start to see the parts of it that you enjoy, the bits that bring you joy, and it helps you figure out who you are and what you want.

Instead of posting pictures on social media, which can be a therapeutic exercise, you should consider journaling. We tend only to post things that make us happy, if our day is going well, and our accomplishments on social media. People seldom ever talk about their losses.

However, journaling will provide you with an open and clean canvas, where you can put your life as it is, not how you want it to be. It's a great way of speaking your truth to someone that will fully understand. That someone is you. One of the most significant benefits of putting your life on paper is perspective. You gain a new perspective on your surroundings as you journal your days. You can get distance and clarity if that's what you're looking for. You can see how significant a person or a certain day was. This viewpoint has the potential to alter everything.

You can start a daily online journal now by signing up with us. Join Anne Frank in the annals of history by documenting your life experiences for clarity, perspective, and better mental health.