Recognizing Bipolar Disorder (BPD) in Yourself 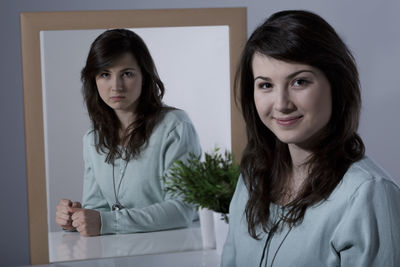 Bipolar disorder (BPD) is an infamous mental health issue, widely popularized thanks to Hollywood, sometimes even villainized. Melancholia and mania, otherwise known as depressive and manic, are terms associated with this disorder. The Greek philosopher Aristotle recognized melancholy as a disease and credited it with inspiring some of his time's greatest artists. To be fair, people were executed worldwide for having BPD and other mental illnesses during this time. Hence, it was the start of the disease being wrongly romanticized. As medical science progressed, rigid religious dogma dictated that demons possessed these persons and should be executed.

Bipolar disorder is a brain illness that causes mood, energy, and capacity to operate to fluctuate. People with BPD endure extreme emotional states known as mood episodes, which occur over days to weeks. Manic/hypomanic (abnormally cheerful or angry mood) or melancholy mood episodes are the two mood episodes (sad mood). They frequently have periods of neutral mood. They can also live whole and productive lives if they are correctly treated. That is a big IF, considering that this disorder goes unnoticed and untreated a lot of the time. If you're a mental health professional, it's essential to look out for all the signs of BPD in the patients you see or the clients you are talking to.

What to Look Out for In Bipolar Patients

Bipolar disorder is quite frequent in families: 80 to 90% of people with bipolar disorder or depression have a family who also has bipolar illness or depression. Invulnerable persons, environmental factors such as stress, sleep disruption, and drugs and alcohol can induce mood episodes. Though the exact causes of bipolar disorder in the brain are unknown, dysregulated brain activity is thought to be caused by a chemical imbalance in the brain. Mania and depression are two opposite ends of a bipolar spectrum. Hence the signs and symptoms are a combination of symptoms for both these phases.

Here are 20 signs and symptoms to look out for:

Grandiosity is a characteristic of bipolar disorder (BD) that occurs during manic and hypomanic episodes. Larger-than-life emotions of superiority and invulnerability characterize grandiose delusions. Even if there is no evidence to support the ideas, grandiosity is an inflated sense of one's importance, power, knowledge, or identity.

The person may have extreme erratic behavior, with manic "up" periods that last at least a week or are so severe that they need medical care. These episodes may produce a "high" that they're willing to ride out. During these episodes, they make become extremely unhinged and uninhibited.

BPD may lead to suffering from insomnia. During these periods, a person may use anything and everything to distract them and keep their energy up. This can include drugs or alcohol consumption to keep them going with a lack of sleep.

Extreme sadness is the melancholic end of the spectrum, where a person may experience a high similarity of symptoms of depression. Being unable to get out of bed, staying away from all activities.

People suffering from BPD tend to speak abruptly, usually spewing out a string of words that make no sense. This is because they may try to match the speed at which their brain processes their thoughts and emotions.

One of the outcomes of a depressive episode is withdrawing from friends and families. This slowly spills over to a person's personal and professional life, leaving them unfit to be out in public. As a result, they tend to isolate themselves and the people they are closest to.

People may suffer from a lack of interest in their hobbies. Activities that bring them happiness, or help them calm themselves down, are pushed to the side, and they are left feeling like nothing can make them happy.

During a manic episode, the patient may feel restlessness. They may have a burst of energy without the proper outlet to let it all pass through them. This can lead to spur-of-the-moment decisions, which can bring them harm.

Impulsive actions are a defining factor these patients face. This can also be said for hasty decisions taken by the patient. One moment they're fine, the next they quit their job or end their relationships.

Change in appetite or a loss of appetite can occur very frequently with people suffering from BPD. They may go in bouts of hunger, substituting sustenance with drugs or alcohol. Unbalanced levels of nutrients for the brain tend to make them even more unhinged.

In patients with BPD, one part of the brain responsible for seeking rewards is more intensely stimulated, explaining why they engage in dangerous conduct. The patient experiences great enthusiasm and anger during the manic period, leading to unpredictable, unsafe behavior. This type of risk-taking can have a negative impact on one's work, family, and social life.

Excessive weariness is prevalent during these mood and behavior swings. Fatigue results in a general feeling of exhaustion and a lack of energy. Fatigue is not the same as feeling tired or sleepy, even though it is frequently accompanied by a desire to sleep more than average. You don't have the motivation to do anything when you're tired. Even getting out of bed in the morning can be a difficult task.

Your sexuality and sexual activities may be affected by BPD. You may feel hypersexuality, or an increase in sexual activity, during a manic episode. It could put you at a higher risk of doing things with negative consequences, such as developing a sexually transmitted infection (STI).

You may lose interest in sex during a depressive episode. These sexual disorders might cause interpersonal troubles and damage your self-esteem.

People who are depressed find it difficult to concentrate. They may struggle to think and make decisions. When people are depressed, almost anything can become a distraction.

Controlling mood swings is essential for enhancing concentration and avoiding distraction. Mood-stabilizing drugs are routinely used to treat bipolar disorder. It's critical for persons with bipolar disorder to take their meds precisely as prescribed.

The researchers discovered that manic persons made poor decisions due to their inability to comprehend the repercussions of their actions.

According to studies, some persons with bipolar disorder have reported memory impairment during high moods, low moods, and times in between. When a person's mood changes, they may also notice changes in their memory. Memory issues can worsen when a person's mood worsens.

A person may also experience difficulties with concentration. Too much energy can mean their focus is being pulled into different directions at the same time.

Suppose you have been diagnosed with a mood condition such as major depression, bipolar disorder, or another mental health disorder. In that case, you may have had symptoms such as passively wishing you were dead, actively planning your death, or being engaged in thoughts of death. Death-obsession can be a symptom of despair and other mental diseases. It is common and should be the most sought-after sign to be looked at right away.

If people with bipolar disorder are not treated, they are at a high risk of suicide. Even though women try suicide twice as often as men, men commit over 75% of suicides. The risk factor goes up if the patient has a history of attempting suicide, hence why it is also looked at as a symptom.

You may feel utterly alone if you have bipolar disorder. That, however, is not the case. Bipolar disorder affects more than 2 million persons in the United States. What matters is that you concentrate on the future. It's challenging to live with bipolar disorder. However, please don't allow it to take over your life. Instead, take control of your health by taking action. You can regain your health with determination and the assistance of your health care experts.

It's crucial to avoid blaming yourself for your situation. Bipolar disorder is a medical condition, not a sign of weakness. Nobody knows what causes bipolar illness, yet it is a relatively manageable condition for many people. If you suspect that you or a loved one has bipolar disorder, the first thing you should do is consult your doctor. Diagnosis is essential for effective treatment. Medication, counseling, and other treatment choices can help you or a loved one manage symptoms and live a satisfying life.