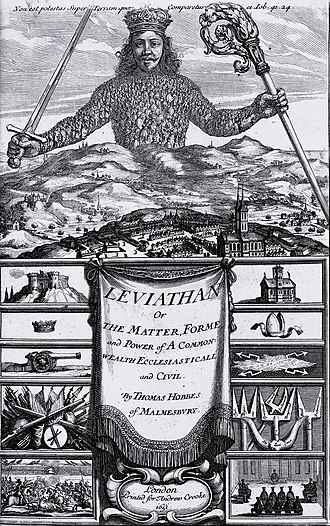 Leviathan or The Matter, Forme and Power of a Commonwealth Ecclesiasticall and Civil, commonly referred to as Leviathan, is a book written by Thomas Hobbes (1588–1679) and published in 1651 (revised Latin edition 1668). Its name derives from the biblical Leviathan. The work concerns the structure of society and legitimate government, and is regarded as one of the earliest and most influential examples of social contract theory.